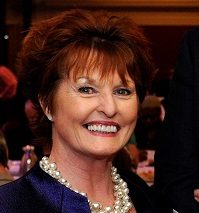 Sue O’Hara worked in the commercial management sector for many years before joining BlindAid, having worked predominantly in Global Corporate Relocation as a senior policy and group move director for clients of FTSE 100 organisations in the private, public & third sectors. Additional experience also includes advertising and public affairs; as well as working as a voluntary bereavement counsellor for a number of years.  Sue joined BlindAid in 2009 and was appointed to CEO in 2012. 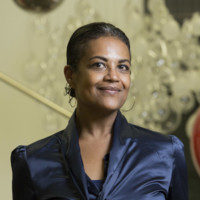 Dee Brecker - Chair of the Board of Trustees

Dee joined BlindAid as our Vice-Chair in 2017.  She is currently the Director of Philanthropy at The London School of Economics and has previously worked at Carers UK, where she was Director of Fundraising, Communications and Engagement. She brings over 15 years’ fundraising experience across multiple income streams for domestic and international NGOs. She has a BSc. from the University of Bristol, an MSc. from UCL and professional qualifications in Marketing and Coaching.  Dee was elected Chair of the Board of Trustees in 2018.

Katherine Cox - Vice Chair of the Board of Trustees

Katherine Cox is Head of Global Financial Client Groups for Schroders Investment Management.  Katherine graduated from the University of Manchester (UMIST) and has held roles in Business Development, Product Management Katherine was appointed to the Board of the Charity in July 2013 and became Vice-Chair in November 2018. 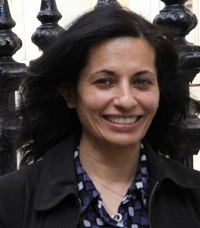 Angie Pankhania trained and qualified as a Chartered Certified Accountant in 1991 with the National Audit Office (NAO).  She worked for NAO for over 20 years as external auditor for Central Government Departments, NGOs, Commonwealth organisations and United Nations Development Programme as well as value for money reports.  After leaving the NAO in 2007 she has worked mainly in the charity sector, initially as external auditor before joining deafPLUS, a small-medium size national charity in April 2009 as their Head of Finance.  More recently she has also started working for Latin American Women’s Aid, a small London based charity, on a consultancy basis.  Angie joined the Board of BlindAid as Honorary Treasurer in July 2013. 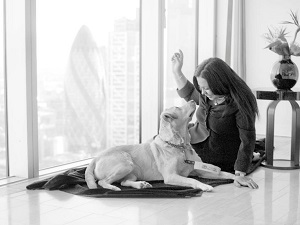 Katherine is a Qualified Corporate and Commercial Solicitor in England and Wales at the global law firm CMS Cameron McKenna Nabarro Olswang LLP, London Office. She is active in all diversity related issues in the City of London. She is a PhD Candidate at the Centre for Energy, Petroleum, Mineral Law, and Policy (CEPMLP), University of Dundee in Scotland. She holds a BSC, MPA, LLB, LLM with Merit in Comparative and International Dispute Resolution from Queen Mary University of London. Before then, she had an extensive career in international development working with governments and international aid organisations globally. Katherine has a passion for serving, assisting and advocating on disability issues, especially having become disabled herself few years ago. She was a service user of BlindAid for several years. She is the founder and chair of CMS ENABLE Disability Network. Katherine was appointed to the Board of the Charity in 2014. 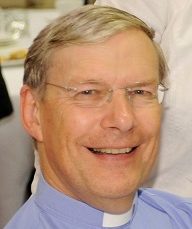 A  Cambridge graduate, Tim Barnard retired from full-time work as a solicitor with a large international law firm based in the City of London in 2013.  His specialism in practice was real estate he advised a wide range of individual and corporate clients including charities on many aspects of real estate transactions.  Tim was ordained a non-stipendiary Church of England curate in 2013 to serve in Amersham in Buckinghamshire and was appointed to the Board of the Charity in 2013. 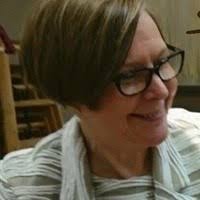 Fran Hibbert was the Chief Officer of MertonVision for 13 yrs. During her tenure she  increased services for people with a visual impairment locally and has strengthened the charity and relationships with social services, councillors, MP’s and local and national voluntary organisations.  She  negotiated contracts with social services and the health sector, and had significant successful applications for funding to national funders.  Fran feels strongly that Local societies are unique in what they offer individuals with a visual impairment. The value of local support and peer support is often crucial to those newly diagnosed with enduring sight loss. Our job is to support and empower people whilst coming to terms with their sight loss, and to continue this support as long as it is needed.  Fran has a Post grad certificate from the Institute of Chartered Secretaries and Administrators; Charity management and has served as a trustee on local and national sight loss charities.  Fran was appointed to the Board of the Charity in July 2013 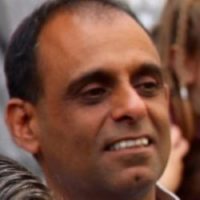 Kassim Gaffar completed an Msc in IT systems from London School of Economics and subsequently qualified as a chartered accountant with Deloitte in London. He has worked in the financial services sector since 1997, having held a number of roles in the corporate and investment banking arm of HSBC. He is currently Director of Techrun Technologies Ltd, a company that providing IT services to non-profit and social sector enterprises. He is Honorary Treasurer of the Prisoners Advice Service, a charity that provides assistance to prisoners. He also mentors a number of start-up businesses.  Kassim was appointed to the Board of the Charity in November 2013. 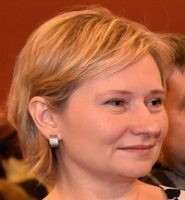 Aneta is currently a Director of Income Generation at the Greenwich and Bexley Community Hospice, responsible for the voluntary and trading income. Previously Director of Community & Engagement at Barts Charity, she brings a broad experience in fundraising, engagement and marketing & communications within healthcare charities.